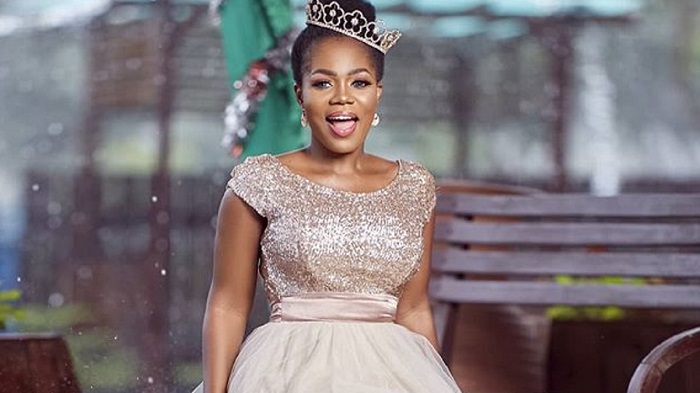 Belinda Nana Ekua Amoah (born 26 December 1979), popularly known as Mzbel, is a Ghanaian Hiplife artist and one of the most popular singers in Accra, Ghana. Known for her controversial traits, Mzbel has always played controversial music, and followed it up with controversial comments that are sure to get her fans talking. The singer was on ‘Restoration with Stacy’, where she made the declaration that left the host flabbergasted. According to her, she does not believe in the man mooted to be the founder of Christianity, as according to her research he might have been made up. In response to ‘do you believe in Jesus Christ?’ she responded…“I don’t want to step on the toe of anybody. I used to believe in it but I did my own research and I think it was made up. I might be wrong. The same story 5,000 years ago happened in Egypt”.

Amoah was born on boxing day, 26 December 1979, to Albert A. Amoah, an engineer and Agnes Nyarko. She is the last of seven female children.

Growing up in James Town, she attended the God Wisdom Preparatory schools, and continued to Korle Gonno 1 and Owusu Mills’ JHS at Mamprobi [a suburb of Accra] for her Junior High School Education. Mzbel has admitted she took to skin bleaching in her teen years because it was the norm in Jamestown

Mzbel then continued to pursue Secondary education at the Abuakwa State College. She studied General Arts majoring in Economics, Geography and French. She then applied to study at the Ghana Institute of Languages, and trained to become a bilingual secretary

While at the institute, she got wave of the fact that the Manifold Tutorial College was offering a one-year course in Television Production and enrolled, combining it with her course at the Institute of Languages, and studied Public Relations,TV & Radio Production.

After her course at the GIL and a stint with Manifold Tutorial College, she earned an internship slot with GBC Radio 1 where she hosted a children’s programme “Mmofra kyepem”. From GBC Radio 1 she joined Groove FM, [now Adom FM], as an intern and co – hosted a child focused programme titled ‘Kids on Groove’.

In the year 2002, Mzbel had the opportunity to work with Hush Hush Studios, which at that time had come on the scene as a new production firm. While at Hush Hush, she sometimes would be asked into the studio, and as the technicians played their instruments, she sang along, songs she had created. These were songs she would usually sing to herself with no serious intention of pursuing a music career. While working part – time at Hush Hush Studios, she secured another job, at Metro TV as the only digital video editor and also producer for ‘Smash TV’, a weekend entertainment programme.

From Metro TV she was employed by Apex Advertising as a video editor and production manager. She had to combine Music and her job roles at Apex, and when she found the two overly demanding, Mzbel chose to give the music the full span of her attention. Over time, she has been criticized for her choice of clothes which have been described as “sexy” or “skimpy”. in her own words, Mzbel believes however that as an artiste you must look unique. She has always had the ambition to be a source of inspiration to the under privileged and to be able to help the down trodden.

Mzbel has received several awards such as: