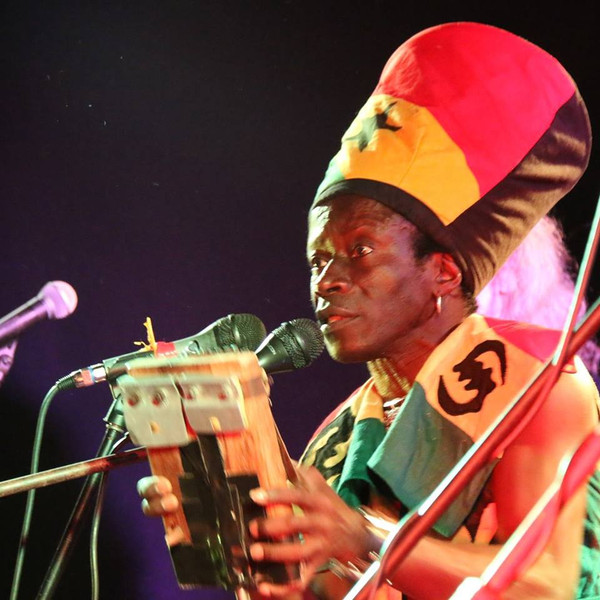 Afro Moses, also known as Moses O’Jah, is a multi-talented Ghanaian-Australian singer/songwriter who is widely acknowledged as one of Ghana’s most internationally renowned artists. Because of his enthusiastic and somewhat quirky performances, he is frequently referred to as the African James Brown

He grew up in the Ghanaian hamlet of Ateiku, where he began gathering local youngsters at an early age to teach them how to make their own instruments and perform.

He holds high regard for African culture, which is shown in all of his songs and performances. Afro Moses is a natural-born entertainer and speaker with a magnetic presence that draws crowds in the thousands to his concerts, where he has shared the stage with great names such as Ziggy Marley, Angelique Kidjo, Salif Keita, Michael Franti, Xavier Rudd, and Richard Tognetti.

His solo performances are instructive, incorporating 14 traditional African instruments that not only inspire and soothe the mind, body, and soul but also make you want to dance! His use of classic instruments combined with modern methods astounds his audience, particularly the young.

He also performed and composed music for the short film Inja, which received an Academy Award or Oscar nomination in 2003. He is a member of the Moses Ojah Band, which he leads.

Moses enjoys bringing joy to others via music and rhythm, as well as the message of UNITY.