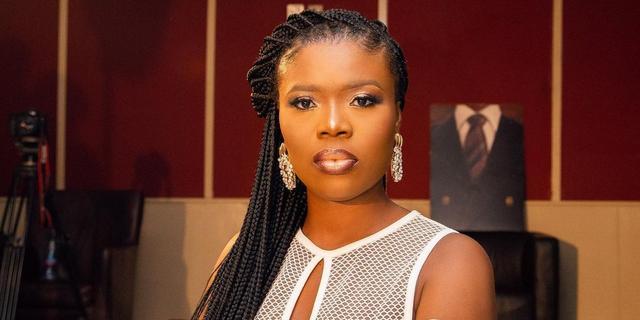 Deloris Frimpong Manso is a Ghanaian television and radio presenter known in showbiz as Delay. She is also a television series producer and an entrepreneur, known for her popular television series “Afia Shwarzneggar” and the Deloris Mackerel respectively.

CAREER LIFE
Deloris started her career as a presenter at Life FM in Nkawkaw at the age of 17 in 1999. At that time she was known on radio as Frimpomaa. She gave up her dreams for 2 years after the death of her mother. She returned to radio presenting in 2005 when Top Radio returned on air. She was a participant in the Presenters Guide in 2007 and was hired by Oman FM that same year. She became the presenter for an entertainment television programme, “Onie” and was replaced with another presenter on “Onie” just after 8 episodes of which she was disappointed and crushed. This did not deter her from pursuing her dreams as she came back on to the screens with her own entertainment TV show, “The Delay Show”.

EARLY LIFE
Deloris became an orphan when she was a teenager with two siblings to cater for but without money, support or hope.

Deloris noted in a report on livefmghana.com that, “when I came into this industry I was labeled, not beautiful enough and bush amongst other demeaning tags but that didn’t stop me”. Today she has employed over 35 workers, some with families.

She started her entrepreneurial journey by establishing “Smooch” dealing in ladies shoes and bags. In 2012, she introduced the Delay Mackerel in tomato sauce after her own showbiz name, Delay. In 2015 after working to make the brand stronger, she introduced, Delay tomato paste and sardines on the market.