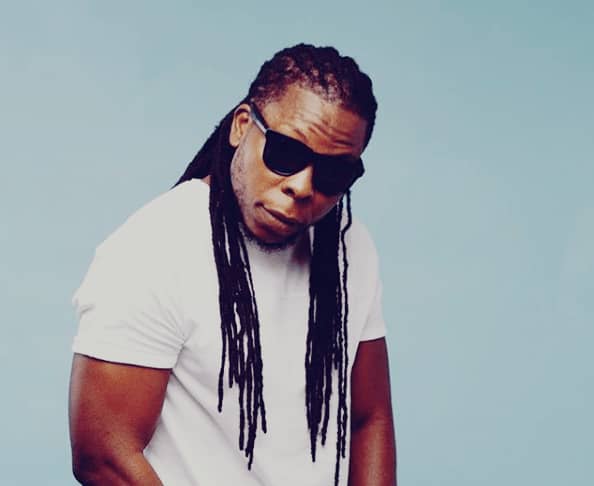 Denning Edem Hotor shortly known as Edem as his stage name is a Ghanaian recording artist and entertainer. Edem started music in high school where he formed a 6 member group called Ringmasters, he is the only son to his parent who are both dead and was born in Dzodze in the Volta Region of Ghana.

Edem rose to fame in 2006 with his first hit single “WOTOME WOSHI” and he got signed to The Last Two Entertainment Group that same year. Edem is a student of the Meridian pre-university. In February 2011, the rapper became a father after the birth of his daughter and claims to be in a committed relationship with marriage plans.

Edem was born in Dzodze in the Volta Region of Ghana. Of two kids, Edem is the only son and Wendy Sefakor Agbeviadey. The young Edem spent most of his youth in Accra and Aflao. He completed his primary and Junior High education at the Amazing Love International Schools. As a product of the secondary school system in Ghana, he enrolled in Bishop Herman College for his senior high school education. He lost his mother at age 13. He was left with his dad, a lawyer, and his sister. He lost his dad at age 16. His only immediate family at the moment is his sister. He grew up surrounded by music, ranging from hip hop to dancehall, reggae and highlife.

By age nine, Edem was usually caught pounding on tables, empty tins and any item that could produce good rhythm. He joined his first music group in junior high. In senior high, he formed a 6-member group called the Ringmasters. They performed at the school as well as at funfairs elsewhere. They usually sang, rapped and danced. After senior high school, he proceeded with his quest to build a commercial career in music. He recorded in the underground with artists including Kokromoti, Nival, Trigmatic, Vyroz, M.O.B and Osibo .

Edem appeared on Voice of America where he talked about his “Nyedzilo” video, which features Mavin Records very own Reekado Banks, and his videos such as “The One”, featuring Sway that talks about Africa’s liberation and his award-winning song Koene that were previously featured on Music Time Africa by Heather Maxwell and Vincent Makori.

In 2006 he released his first radio hit single “Witine Woshi”, which translates as “we came and they ran”. It gained much popularity in his region and added to his underground reputation. That year he got together officially with The Last Two Entertainment Group, headed by the hit maker Hammer of The Last Two. This label is responsible for artists including Obrafour in 1999, Tinny and the madman Kwaw Kesse in 2005.

Edem appeared at live shows, significantly as the opening act for the John Legend concert at the International Conference Center in Accra in 200. Before his debut album, he collaborated with other acts, especially with Obrafour. He went on a national tour with Obrafour.

After two years in the studio (2006 December to 2008 December), he came up with his first single “Bougez”. It received airplay across the country. His first album featured new as well as established acts such as Tinny, Kwaw Kesse, Sarkodie, Obour, Asem, K. k. Fosu, Tuba, Samini, Jayso, Trigmatic, El and Gemini.