NICHOLAS DONKOR (From France to Accra by road) Special Feature 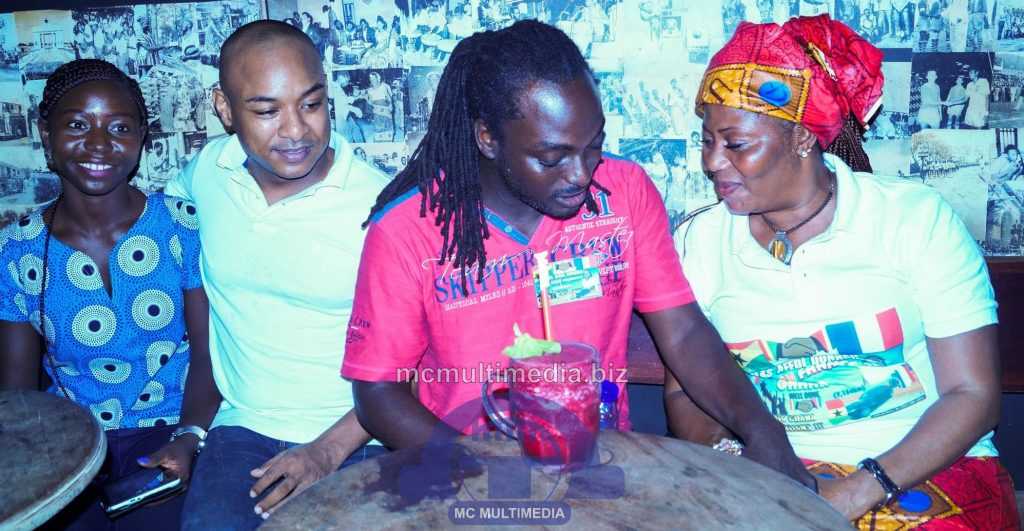 It was a night to behold with the air totally filled with happiness at the Republic bar in Osu. At about 9pm, guest present awaited the arrival of Nicholas Afedi Donkoh. Nicholas, the Ghanaian resident in France, chose to drive all the way from Paris in France to Accra Ghana, to Visit his family. Before his arrival, the popular Republic Bar and Grill, close to Shoprite in Osu had been filled with not just Ghanaians, but nationals from other African countries, including Foreigners from Europe and America.

On his facebook page, Nicholas had already been posting short video clips of his nine day trip, and this generated interest from a lot of people, including followers on social media. This included the Republic Bar and Grill, The ultimate end point for his journey.

His post included videos from France, A video post when he got to Morroco, heading towards Mauritania. Another one from Mali and a heartbreaking one about a burst tire. Then a post about when he got to Mali and had to get documents in addition to fixing his car.

His arrival was well planned in connection with the Republic Bar and Grill. This included a cultural troupe which performed to the admiration of all present. Also in attendance to this short but historic event was Nii Amansu III of GA Asanwer and Hiplife Originator and legend Reggie Rockstone., they both congratulated Nicholas for such a historic and heroic adventure.

According to Nicholas, his son is the reason he did this. ” I’m proud to be African and Ghanaian. For this reason, I wanted to use this historic achievement to prove to my son, never to relent in finding his way back home when the need arises, for him to do so one day,” He added. Nicholas also used the moment to thank all the countries he drove through, including Mr Rockson Ayine Bukari. The Upper East Regional Minister, whom he visited when he got to Upper East.

Sharing his experiences in a press briefing, Nicholas, a Mechanical Engineer by profession said, he decided to tweak a lot of the parts of his BMW car before setting off from France. This included the Wheels, the water tank, the power and temperature of the engine, etc. His mother, Alberta Donkoh joined him all the way from Tarkwa in the western region to warmly welcome him.

In all, Nicholas crossed ten borders, spoilt seven tires, which cost about 300 euros each and took nine days to arrive in Ghana by road from France. This makes Nicholas Afedi Donkoh, the first Blackman and Ghanaian to embark on such a risky adventure. which would be told to generations yet to come.

Dodzi Network and it’s partners will like to use this medium to congratulate Nicholas Donkoh. We celebrate you as a true hero of our time. You are worthy of emulation. Ayekoo.